Wow 🤩 What a fantastic last week of term. We enjoyed an amazing year 6 production and an emotional farewell to our first year 6 cohort at their leavers’ assembly. We wish them all the very best in the future! We ❤️you year 6 class of 2022 🥰 https://t.co/2NQHaxSs5f

@georgina_rey_ Thanks so much for coming! We loved seeing you 😩

Leavers’ Fest 2022 ❤️ Such a fabulous day saying goodbye to these amazing young people 🤩 Much fun in the sunshine ☀️ https://t.co/DZcVG70fgc

Yesterday was our Leavers’ Fest 2022 🥰A fantastic event for our wonderful year 6 cohort. So much fun and a lovely chance for children, staff and parents to celebrate together. We’ll miss you year 6! #community #makingmemories https://t.co/3h3XvlnWFD

What a fantastic visit to Westminster Abbey today. Thank you Lord Harris for inviting us and showing us around. We learnt so much and had a fabulous day! ⁦@HarrisFed⁩ https://t.co/wrL60wdynb

The moment that our team found out they had won first prize in the Chinese Bridge competition for the second year running! Up against tough competition but they did it! So very proud ⁦@HarrisFed⁩ ⁦⁦@HFedChinese⁩ https://t.co/9rVe6QM1i2

A successful sunny sports day at HPABe. Well done to all of our children for their hard work on such a hot day. It was lovely to be able to celebrate this event with our families this year and a highlight watching the parent races ☀️ https://t.co/y7NJxytdMx

We are looking forward to our Y6 production ‘Academy of Rock’ and were blown away by this beautiful artwork drawn by Harriet in Kestrel class for our invitation. https://t.co/Pmp00Lls9n

Our choir, once again, blew us away joining vocal forces with @HPA_Orpington to sing at the @HarrisFed SLT conference last Saturday. It’s been quite a ride for our choir this year and we cannot wait to see where our journey takes us next. #lovetosing #kidschoir https://t.co/wT6nSi5w36

Year 4 Wild Wood sessions this morning saw children using tools to create these nail boards which they then used to weave. They also showed great team work during den building. So much wonderful outdoor learning 😊 https://t.co/Vs9C6u1jtT

Year 6 are leaping in to PGL full of confidence! The beautiful weather and stunning surroundings on the Isle of Wight have helped make our first day a memorable one #makingmemories https://t.co/wVaTYJK0tU

Our competition ‘A Warm Welcome’ has had some beautiful designs submitted. Sponsored by local Estate Agent, Sinclair Hammelton, the winning entries will be made into weatherproof boards to line our walkway into school. It’s not too late get your entries in. #community https://t.co/7sprmIjz5P

We were delighted with a surprise visit from Lord Harris who came to congratulate our Jubilee choir today. The children always love talking to him and were so excited by his visit. Thank you Lord Harris! @HarrisFed #thinkharris https://t.co/oAKI4jFlEl

Wow! What a day! So very proud of our Jubilee choir representing our academy with pride on stage at Buckingham Palace as part of the Queen’s Jubilee Pageant. Catch us on Sky News and YouTube ⁦@HarrisFed⁩ #Jubilee https://t.co/fld9hvEVId

Only 1 more sleep until our Queens Jubilee Choir perform on stage at Buckingham Palace for the Platinum Jubilee Pageant. Tune in to watch live at 2pm on BBC 1 @Jubilee_Pageant https://t.co/uGTrctbxar

@georgina_rey_ Thanks for being such a fantastic part of the team 🥰

Platinum Jubilee Celebrations are in full swing today! Our street party was a huge success and we have loved the Queen’s gallery and crown/flag parade. What a fabulous day!! #PlatinumJubilee @HarrisFed https://t.co/EA8CPfxron

Twitter WallHarris Academies
All Academies in our Federation aim to transform the lives of the students they serve by bringing about rapid improvement in examination results, personal development and aspiration.

At Harris Primary Academy Beckenham we actively encourage leadership opportunities and pupil independence. This is with the aim of developing valuable leadership, communication and organisational skills. We believe that it is vital for our pupils to have a voice and be involved in key decisions related to our academy.

Pupil Parliament within our academy is structured much like the UK Government.  It is made up of different ministerial roles and ministers have the opportunity to lead on various projects throughout their time in Pupil Parliament.  Each of these roles is designed to have a specific focus on improving our academy.

Children will share new ideas or discuss matters that arise, they feed back to their classes and bring thoughts and resolutions on issues affecting them. The outcomes of these discussions are shared with the Senior Leadership Team who consider, discuss and respond to the matters raised.

How do you join Pupil Parliament?

Our Pupil Parliament change Cabinet Ministers once per year. To become a part of Pupil Parliament children in YR1 – YR6 are encouraged to nominate themselves for election during election week. All children then get a chance to vote in a democratic election.  Following the vote,  2 representatives from each year group are then elected and become members of Parliament. They then attend meetings which are held on a regular basis to discuss issues that are important to the children and work on projects to improve their academy. The projects they take on are varied and range from ways to improve the facilities, their learning journeys or best ways to fundraise for outside charities.

How have Pupil Parliament made a difference within our school ?

The projects and topics that Pupil Parliament take on vary throughout the school year.  Projects are linked to the academy context at the time and may also be chosen because children feel they are important and need addressing.

Below you will find just some of the projects that Pupil Parliament have worked in the past:

- A new after school science club

- Staff Star of The Week celebration

- Approaching the PTA to purchase playground benches and equipment.

- Approached the PTA to give them a donation towards manifesto goals that they could then use to create further funds for projects.

Pupil Parliament is a much loved and important part of our academy and children and staff continually thrive in this context as our academy grows. 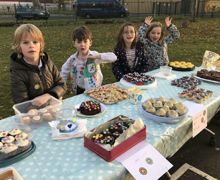 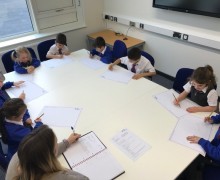 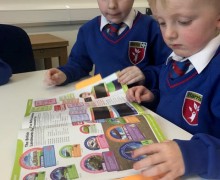 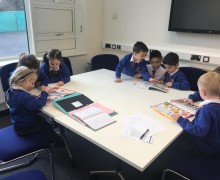 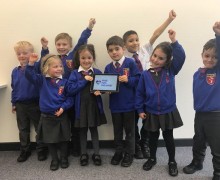 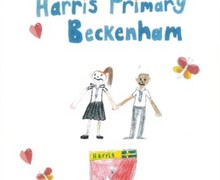 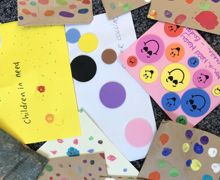 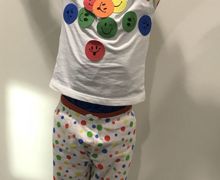 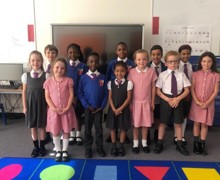